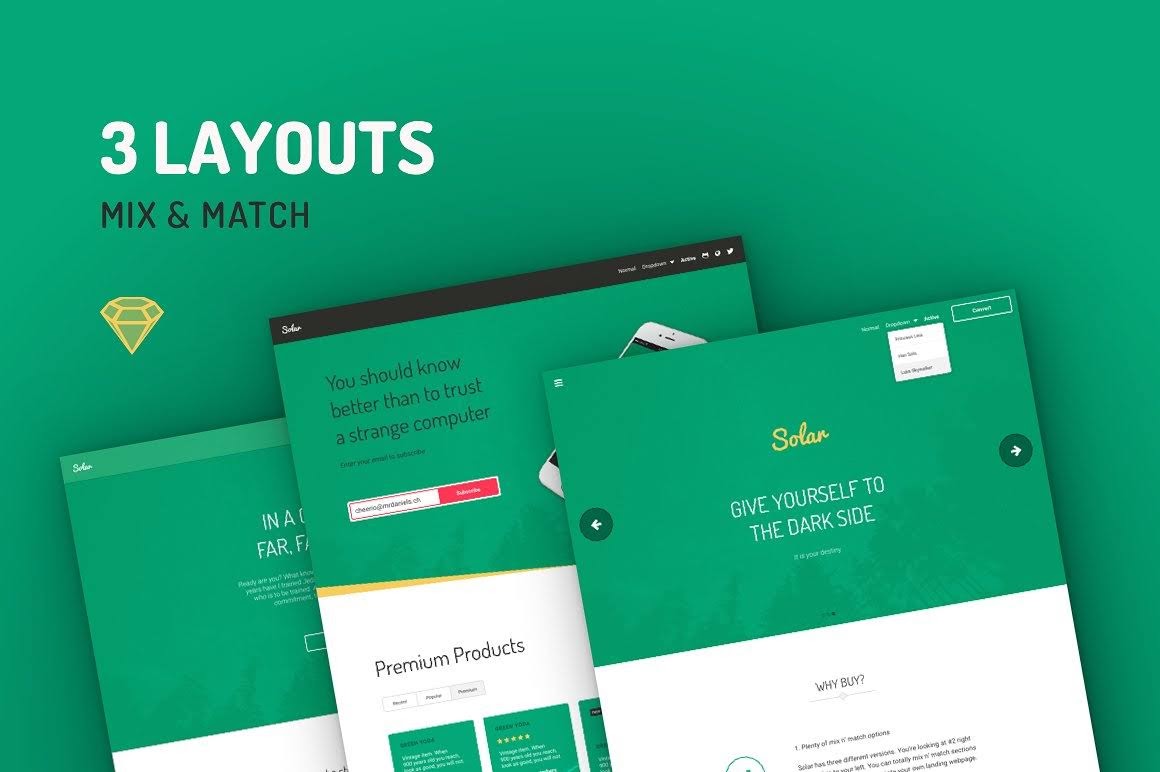 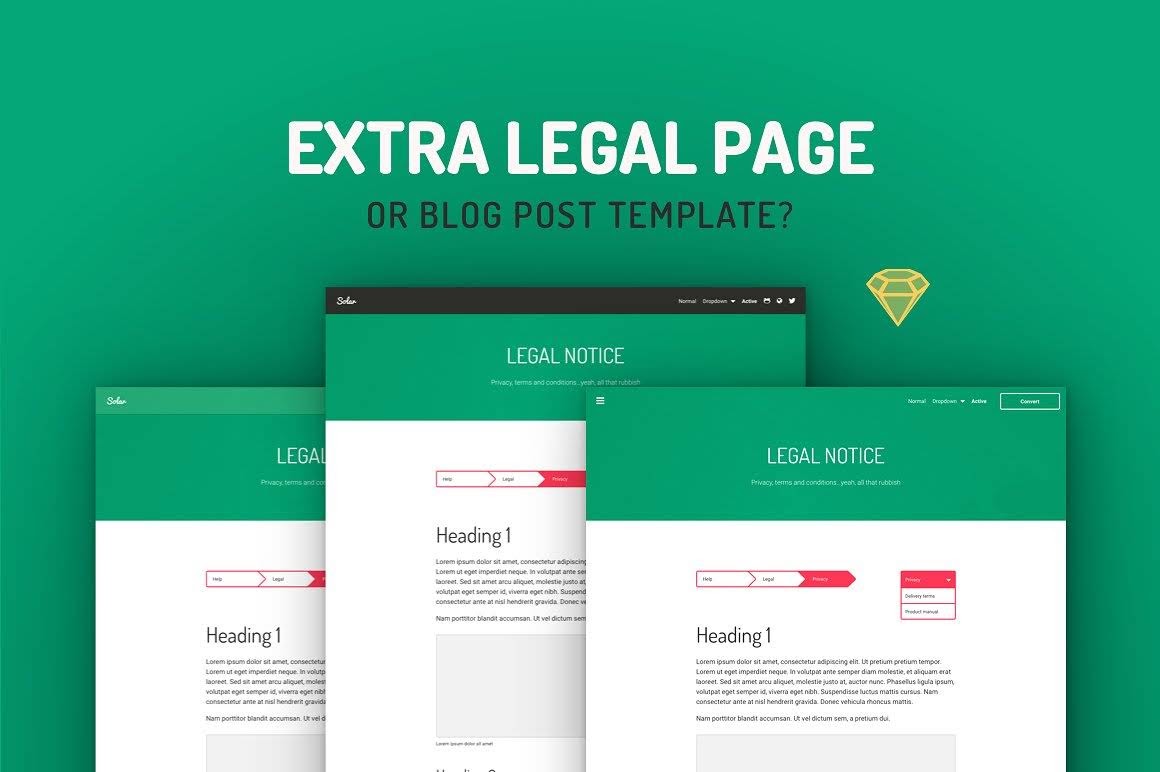 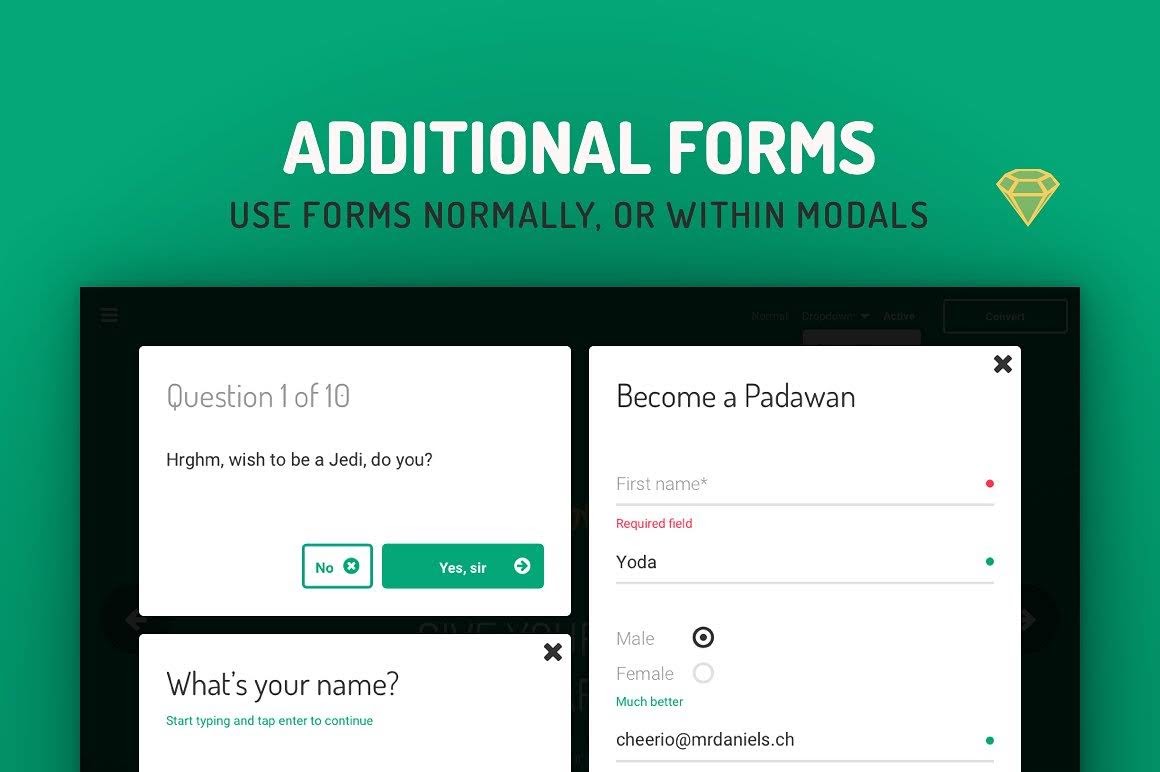 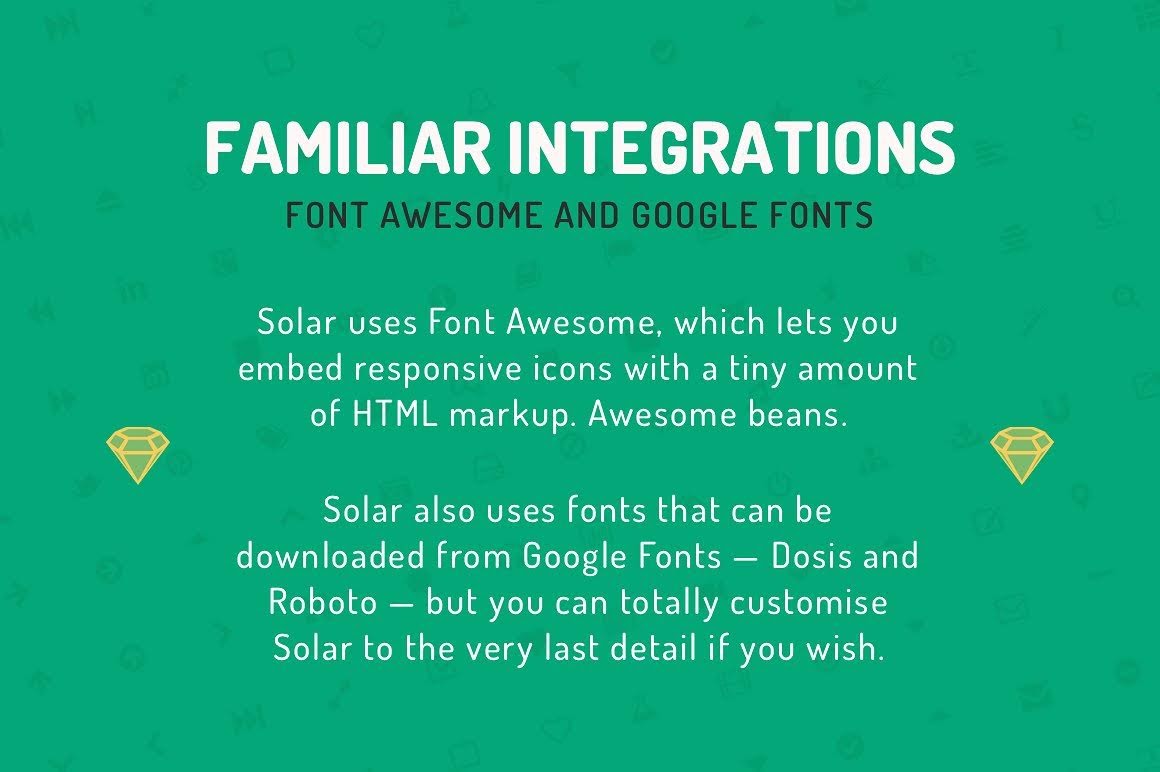 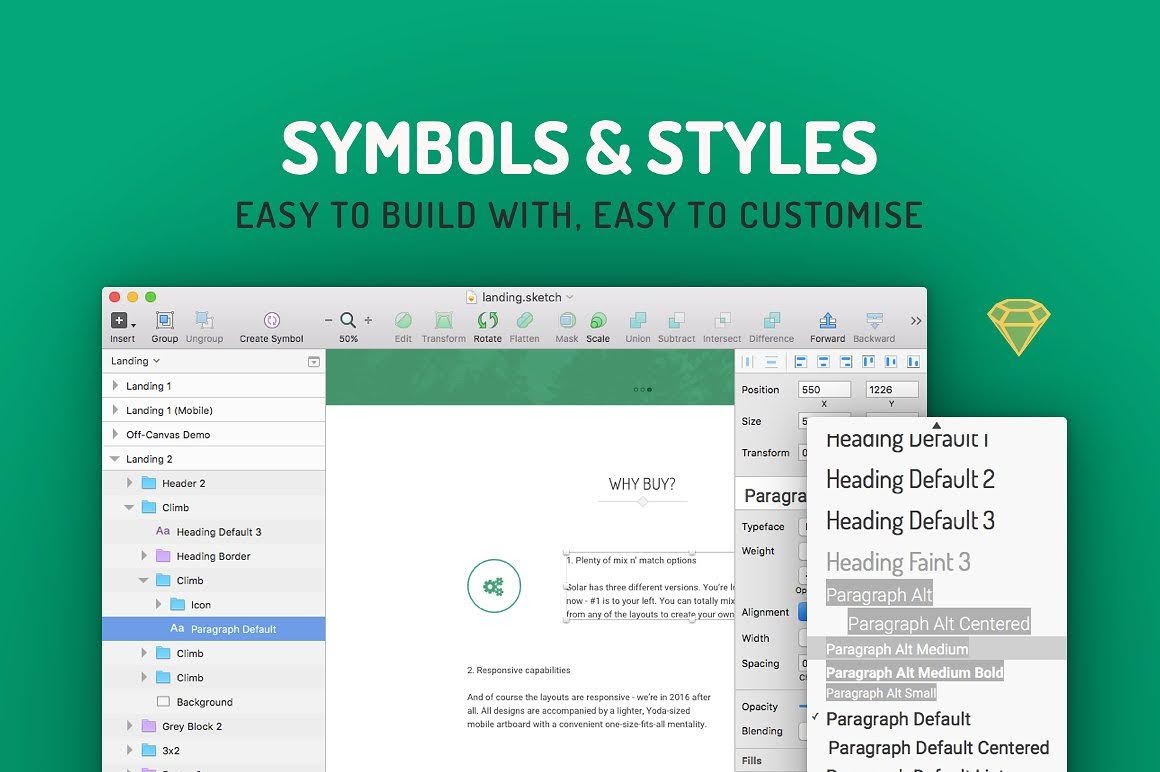 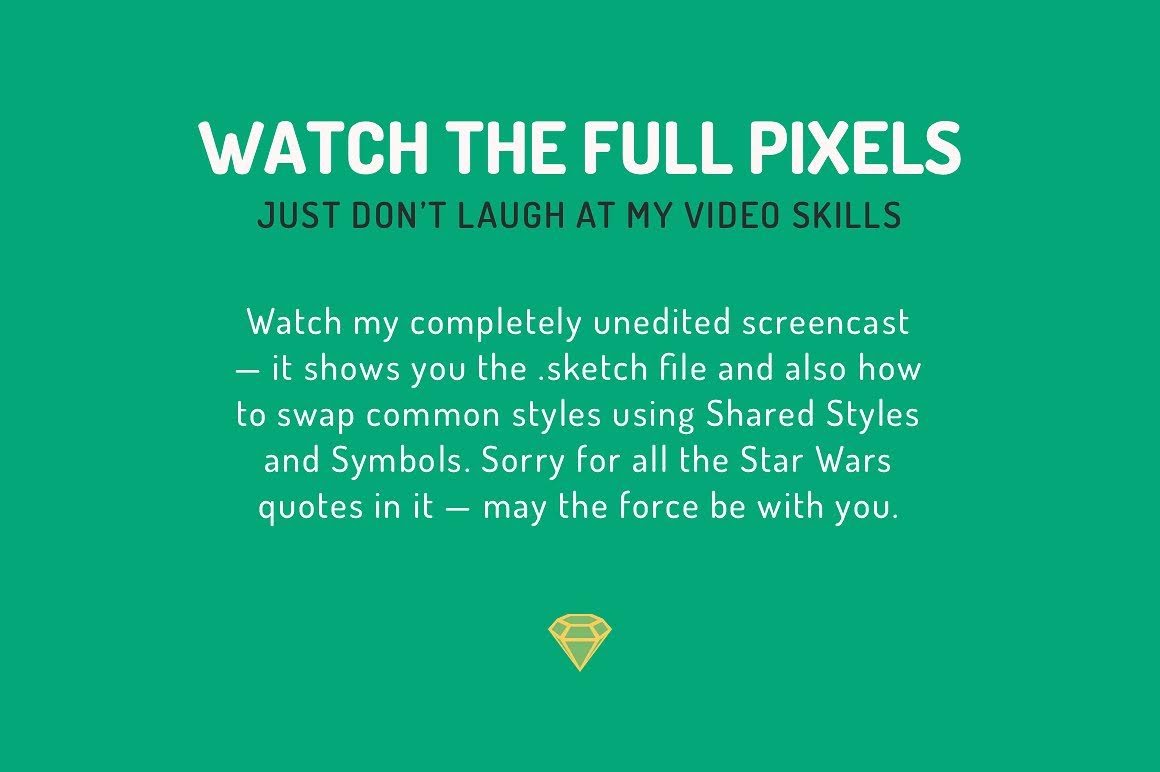 DETAILS
Watch the video https://vimeo.com/165148631 to see the full pixels in the .sketch document.

Hello, I’m Daniel! You most likely know me from the Creative Market blog. I’ve been writing there for over a year now, but I think it’s time I finally released some of the stuff I’ve been working on.

I bring you the first instalment of Solar, a .sketch template (soon to be a saga of .sketch templates) containing various components to help you craft your own beautiful responsive landing webpages.

I’m using Font Awesome for the icons and Google Fonts (Dosis for the headings and Roboto for the body text), but you can totally change that if you wish. You can choose from one of three templates and use them as-is, or you can mix and match the different components to build something more custom.

You can even make instant document-wide changes because the common styles are bundled into Shared Styles and Symbols — Solar is as flexible as you need it to be, and responsive of course.

What else is in the box?

Forms and modals (if you need subscribe, register or contact functionality)
A legal/terms webpage (which can also be used as a blog template)
Far too many Star Wars references (I’ll let you guess where the colour inspiration came from)
How will Solar improve and expand over time?

Firstly, I’m relying on you lovely Creative Market folk for feedback. I’m mostly concerned as to whether the Symbols add any value to the file, or instead hinder the workflow. I’ll also add new components if you request them. Secondly, there’s the question of Photoshop. I don’t think I’ll be supporting it since Adobe has released Adobe XD for user interface design, so I reckon I’ll release a version of Solar for that.

Lastly, there will be other releases. I’m currently working on a blog version of Solar, and also a variation catered towards online stores and social networks. A HTML version will follow that, but I’m unsure as to whether to release a barebones HTML template or to compile that into a WordPress and Shopify theme.

I’m using Atomic.io to sample how the different components might react to interaction. I’ll share this prototype with you once that’s done (and if you have an Atomic account you can tweak and improve it).